This is an article that I want to send to Coach Jeff over in Down-Under, so that’s why it’s in English. Feel free to correct any mistakes that you may find during reading. 😉

It’s dark outside. Really dark. No moon. Maybe she’s on vacation or just hidden behind the clouds. It’s 7 p.m. and freezing. That’s what I don’t like about late autumn. It’s always dark outside when I come home from work. But I have to get my run in. Mainly because I overslept in the morning.

Yeah, I could run on the treadmill in the cozy warmth of the gym. But I won’t. I don’t like the treadmill very much. It’s boring and the air is warm but also slightly used and dry and doesn’t feel good in the throat. So out it is. Hitting the streets in the dark.

I do own a headlamp, but I’m too scared to go out in my beloved woods at night. That’s a bit silly maybe, because the bad guys won’t surely hang out there, but still, it’s somewhat creepy. So I run through town. I know, I want to get about 7 or 8 km in but I don’t know, where I’m going to go. On those runs, I try to find a part of town that’s still largely unknown to me. It’s strange how different it feels at night. Compared to walking or cycling or going by car through the same quarters during daytime, it feels like going through a completely different town.

The houses have more colours than during the day. What’s just another window at daytime is now a colourful display of curtains, shelves, TVs and Sofas – if the owner of the room has the lights on and didn’t close the curtains. That’s mostly the case on the second or third floor. What I can see from the street are mostly lightbulbs and the upper part of shelves – but still… I try to imagine what lives those people lead. I don’t know anybody in this part of town.

Even though some stores are still open, the streets are deserted. Seems like going for a run is the only excuse to be out there. The streetlights and a slight mist form a sort of a tunnel that I run through. I turn right, and there’s a street ahead of me that I’ve never been in. That’s cool! I want to know, where it leads. Most houses are dark. Some of them have already installed Christmas decoration on the front-lawn. A dog is barking somewhere… nope! He’s rushing out of his yard towards me. I like dogs but the frantic barking makes my heart-rate go up a notch. Luckily, he’s a friendly little guy. His master’s shocked to see someone out there on the street. Well…this is a public street after all.

It’s funny how the mere presence of a night-time runner can make people freak out. During another night-time run, I made a guy jump into a hedge because apparently I scared the hell out of him. So it seems that the bad guys have to be worried about me and not the other way round. But I have to admit, I’m not that reckless. I avoid some areas where it’s likely to have undesirable encounters with drunks or addicts. The only people I meet, are some couples holding hands, or some inhabitants of the houses I run by, busy taking the trashcans out or working on some project in the garage. There are so many ways to spend an evening. I run.

My home-town is quite small. So it’s not that easy to run for 7 or 8 km without running out of town. Now, I encounter a new problem. My seemingly endless street isn’t endless. In fact, it’s a dead end. I never even realized how many dead ends there are in this town. Time to find another street. Distances and time seem to be different, too, after dark. It feels like being out there for a while now, but when I look at my watch, it shows that only 20 minutes have past and I’m not that far from home. Feels longer. I’m also running slower than I thought. That’s not that bad, because it was never meant to be a speed workout, and I’m nice and comfy in a low heart-rate zone. There’s another street coming up to my right, but it’s really dark and looks as if it’s a dead end, too, so I decide against it. Don’t want to get eaten by zombies. I take another turn and feel a little disappointed to be already back on one of the bigger streets. As soon as possible, I turn into another street, leading towards the industrial park.

When I look around me, it’s not only the houses that are different. The whole perspective on the surroundings has shifted. Spots I wouldn’t even notice during daytime are now pointed out by the streetlights or some other source of light. The fire-department is brightly lit, so is the storage area of the local DIY-store. I’ve never seen how big it is before. In the industrial park, there’s a lot of activity. I pity the workers who have to work the night-shift. My night-run is entirely my choice, made by my own free will and the need to get a run in.

When I come close to the main street, there’s a clock near a bank that shows 21:11. What? Can it be that late already? I decide to take the direct route home, when something in my head goes „click“ and I realize, it’s the date. I’ve been only running for 50 minutes so far, my Garmin assures me. So I take another detour. I run past the gym. The parking’s full. There must be some people on the treadmills. I think about getting in to have a drink and to use the facilities, but I decide against it. I don’t want to leave my nice dark world outside.

Strange, how I could go on forever. That happens only at night. Without the thought that I „have to get home before dark“ or that I have to be „home before lunch“ or some other fixed time, there seems to be no limit. Distance, time and perspective are blurred, and I’m running in my own timeless bubble, just putting one foot in front of the other. I can understand those people who do all-night runs. It’s something special.

I’m running through familiar surroundings now. Past my old University of Music, where I spent some happy years. It’s lit, students are walking out with their instruments. Chatting. I feel a wave of nostalgia coming.

Running at night is an adventure in many ways. The emotional part is one of them.

When I come home after 7,5 km, I feel happy and a little strange. As if I was not quite all there. I guess, a part of me is still running out there, and I have to wait for it to come home. 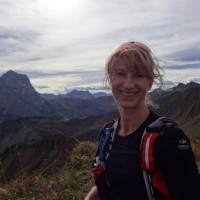 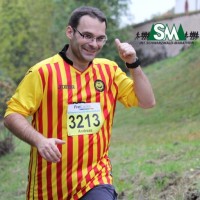 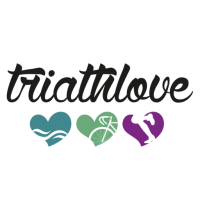 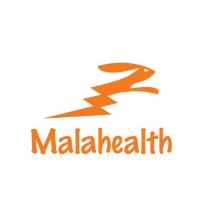 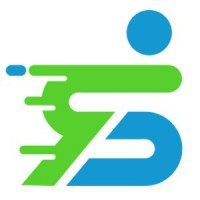 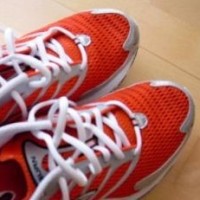 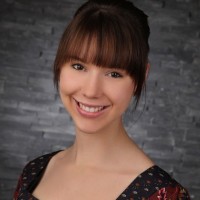 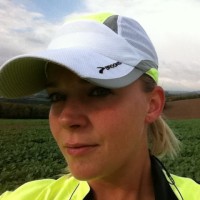 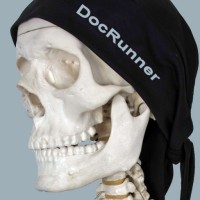